The Many Forms and Facets of Grace 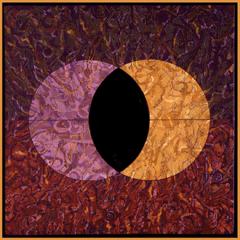 What does this all mean? First, Grace is a broad concept and I have given you a cursory glance at deep ideas. Further discussions of Grace are beyond the scope of this article and even scratching the surface would in the least send me into unnecessary tangential discussions. Clearly there are many interpretations of Grace and all I can offer is my own. Acts of goodness (virtue, righteousness, works) are a byproduct of accepting Grace; they are the effects rather than the cause. Grace is a divine and not a human concept. It exists with and through God; it preceded humanity and will continue to exist after we are no more; like God it is eternal. We use Grace to refer to the unmerited favor of God, but we also use forms of the word to refer to beauty of form, sound, movement etc. I believe that the universe is built upon the foundation of Grace as is shown through the beauty of its form and movement, a beauty that is present within Christianity and other faiths, a beauty that is present within everything. I believe that Grace expands to fit us all and then points us inward to our relatedness--our unity. In this sense it is the Mandorla, the overlapping area of two adjoining circles where heaven and earth meet. Jesus is the man and Christ is the savior; the Mandorla is the point of Christ--the integration of Divinity (God the Father) and Jesus the man.

The Three Graces of Classical Mythology

The Graces, also known as the Three Charities, were the characteristics of loveliness and the personifications of joy. They initially represented sweetness and the beauty within nature, their roles later expanded to include everything beautiful which ranged from instilling civility and social etiquette such as courtesy, beneficence, decorum, and charm to good will, happiness within life, purity, gratitude, creativity, fertility and poetry. This is not to mean they were the sole guardians of these things, but that they were responsible for the beauty inherent within them.

Grace is unmerited favor; it is Gods' attitude toward us. Literally attitude means an angle of attack; God's angle of attack is akin to killing with kindness. The benefit that is Grace is Acceptance; God accepts and embraces us as we are and enables us to spread God's gift to others. This includes a kind gentleness that embraces the recipient in acceptance and love. It is without judgment. But even so, your MLCer will resist, argue and project. Grace on your part will not stop the crisis. It is your challenge to learn, feel and become Grace in the face of animosity. It is your challenge to give without receiving and without expectation--positive or negative. Be grace-filled because it cleanses your soul and enables you to love and forgive.