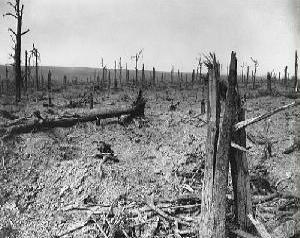 Depression can originate from life events or personal history or without apparent cause. Depression permeates throughout the crisis; Midlife Crisis could be renamed Midlife Depression. The permeating depression has roots in personal history and usually has a catalytic event which occurred 12-36 months prior to Bomb Drop. It is this type of depression to which I refer through out.

Overt Depression: Visible Depression. The external behavior matches the symptomatic descriptions and ideas common to depression listed below.

In Western culture women are allowed to express emotions and vulnerability, thus they are more accepting of their emotions and emotionally open; they recognize and feel their sadness. Society considers it a sign of weakness in men to be emotional and has thus trained them to repress their emotions, leading to internalization; in such circumstances emotions, like sadness, turn inward and are expressed in more violent manners such as through anger and aggression. Where women will express their depression openly as sadness and seek help and comfort in relationships, men express their feelings indirectly as being tired and burned out and seek to isolate themselves. They cut themselves off emotionally and are unable to recognize the root emotions. Their insistence on feeling fine leads them to work harder to prove they are fine and become more burned out, since the feeling is real, they assume it is the only explanation.

Depression in midlife is not an external problem. It is about issues within one's Self. Replay is Covert Depression, a running away from the self manifested through anger and external blame, as well as a variety of self-medications; affair, drugs, alcohol, risky behaviour, spending, new friends and activities, often an interest in exercise and an obsession with youth and aging. It is a monster that feeds itself. I don't want to feel despair and hopeless or face my demons (Overt Depression) so I'm going to drink, party and have an affair. I'm bad, I have tremendous guilt. I've cheated on my wife...this just can't be fixed. He adds another demon to the Overt Depression he's avoiding and run further away at an even faster pace. Covert Depression is a self-medication taken in an attempt to avoid Overt Depression.

When there is quiet, he can think, and thinking brings on Overt Depression, so he keeps running, being active; it is an avoidance stemming from a fear of what is inside. It is his own internal demons that he has been running away from, and they will eventually catch up. He fights, but they drag him down to the bowels of the great chasm. The only cure for it is Overt--Liminal Depression. Some cling desperately to the ledge, no longer self-medicating but still not facing the Shadow Self. Overt Depression is despair, hopelessness and feels eternal; it is the place where they are forced to face all those things they have repressed from childhood--the issues at the root of the MLC.